DrupalCon Asia – Just a month away! 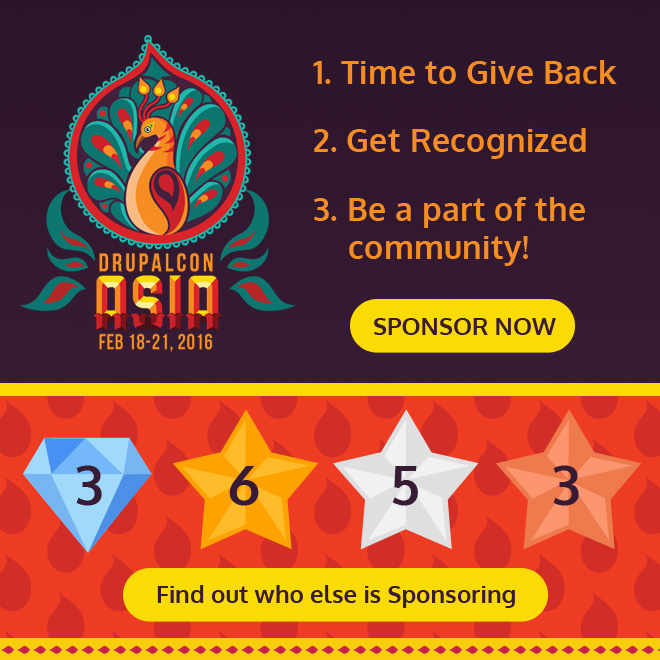 The Indian Drupal Community is all excited about DrupalCon India! The event will be help in IIT Mumbai between 18th Feb to 21st Feb. It is just a little over a month away and it is not too late to plan participating in DrupalCon. It is an excellent oppertunity to meet the larger Drupal community from across the globe and also the Indian Drupal counterparts .

Dries came to India for the very first time in 2011 to Drupalcamp Deccan. This brought a lot of awareness and a big opportunity to the Indian Drupal community. Checkout his blog on Drupal + India = Opportunity.

More details on the Con itself are available on the  website.

I have been speaking to different Business Owners and stakeholders who have been in the Drupal space with regard to  participating  in DrupalCon. The key aspects of those conversations are given below:

DrupalCon Asia, What’s in it for Business Owners?

You have used Drupal to service your customers and have benefited from this open source solution in different ways.The best way to give back is to the Community is to be a Sponsor at DrupalCon.

The amazing part is that in Sponsoring you gain more.

Here are the gains...

1. You will get Sponsor benefits – based on the sponsorship amount – includes having your name on the DrupalCon website, have a stand at DrupalCon, and such.

2. You can showcase your Organization  in different channels.

3. You can attend thekey sessions in the conference including: Dries Keynote, Business sessions, Case studies and the Business Summit.
Dries Keynote - gives you a flavour of the Direction of Drupal.

4. Interact with other Business owners from your region.

5. Be a part of the Drupal Community.

6. You can avail the oppertunity of participating in the DrupalCon and provide exposure to your developers, QA team, your Infra team, your Marketing. Each of them have something to learn from at the DurpalCon. 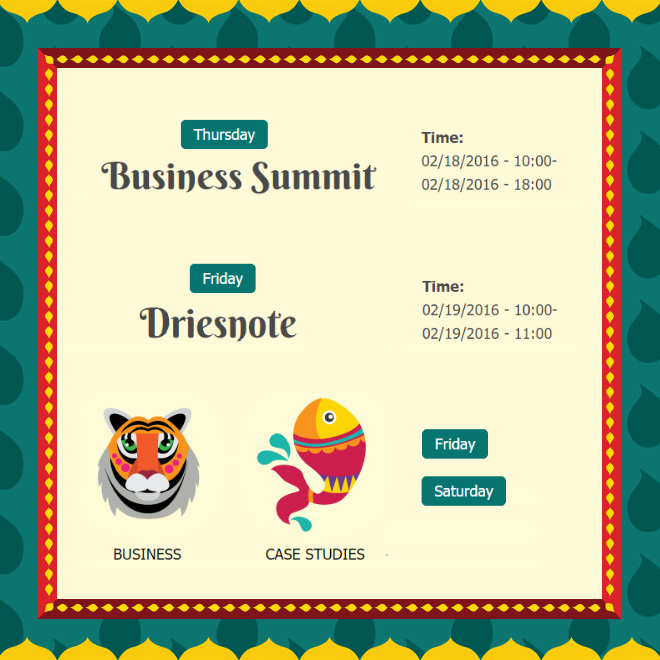 DrupalCon Asia, What’s in it for Developers?

1. You can participate in pre-conference Training programs.

2. Listen to expert sessions from the Global Drupal community. Some of the key Sessions are:

A. Drupal8 Theming - No more divitis, a session by mortendk - One of the key front end developers of Drupal 8
B. Everything multilingual in Drupal 8 a session by Gábor Hojtsy - Drupal developer at Acquia, the Drupal 8 multilingual initiative lead.
C. Six Easy Pieces for the New Front-end Development,a session by John Albin Wilkins,Senior Front-end Developer at PreviousNext and Lead for the Drupal 8 Mobile Initiative
D. Make your code do your job, a session by Crell aka Larry Garfield, Senior Architect at palantir.net, an active Drupal core contributor, including the principle architect of the Drupal 7 database system and the Drupal 8 Web Services Lead. He is also a member of the Advisory Board of the Drupal Association.
E. The largest Drupal 8 sites on Earth, and the NP8 news portal distribution, a session by robertDougless - Director of Products CommerceGuys. He is one of the initial contributor’s of the Apache Solr module.
F. The Drupal 8 Theming Experience, a session by Coster - An active core contributor and co-maintainer of the theme system in Drupal 8

3. Get updated with the happenings in Drupal and learn about Drupal 8

4. Avaie the chance to get hands on with Drupal 8 – participating in the DrupalCon Sprints

Participating in Sprints lets developers get exposed to higher level of programming, connect with other developers in the community, best practices and more. The initial ladder to contribution is quite steep. By attending DrupalCon Sprints many developers have found answers to how and where they can contribute. They can come back from the DrupalCon and share the learning with the team and the local Drupal Community.

Don’t miss any opportunity to contribute! I have have been there at DrupalCon right from making the tote bags to the sprints and it is a lot of fun!! If you are not a volunteer yet, sign up now.